Leading lines need not be perfectly straight. They can also be curved and lead the eye in circular movements.

This is the main gateway of Taj Mahal. It was not an easy shot because the gate was crowded with tourists and everyone started taking pictures at the first direct glimpse of the white marble mausoleum. In fact, this photo is quite misleading as it does not really reflect the actual scene during my visit. The huge gap of space between me and that nearest person ahead of me only lasted for a split second. Normally, people would rush and overtake one another just to get an unblocked view. Imagine rows and rows of people shuffling forward like a deck of cards.

I was lucky because there was a group of elderly tourists right behind. They were slow to outdo me but, more importantly, they also shielded me from those who were behind them. Chance!

I like this silhouette shot. The people and their legs were spaced apart equally. Even their standing positions and their heights formed a nice pattern to complement the symmetrical building.

Somehow, this reminds me of another photo which I took at Gyeongbokgung Palace in Seoul because both used the technique of framing within a frame. 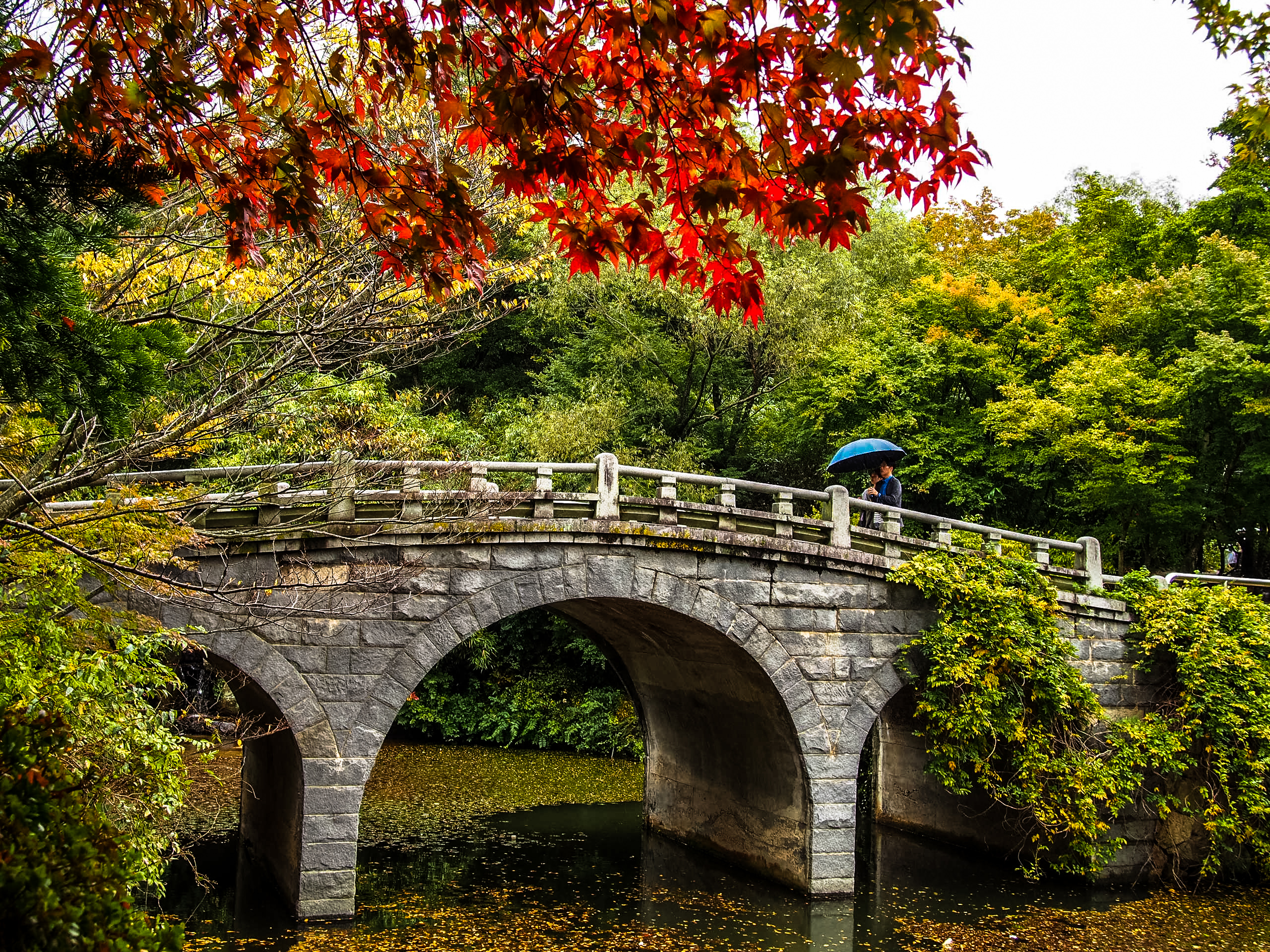 The bridge was quite crowded until it started drizzling. I took shelter under a willow tree and was drying my camera gear when a couple strolled into the frame.

“What makes the desert beautiful,” said the little prince, “is that somewhere it hides a well …” 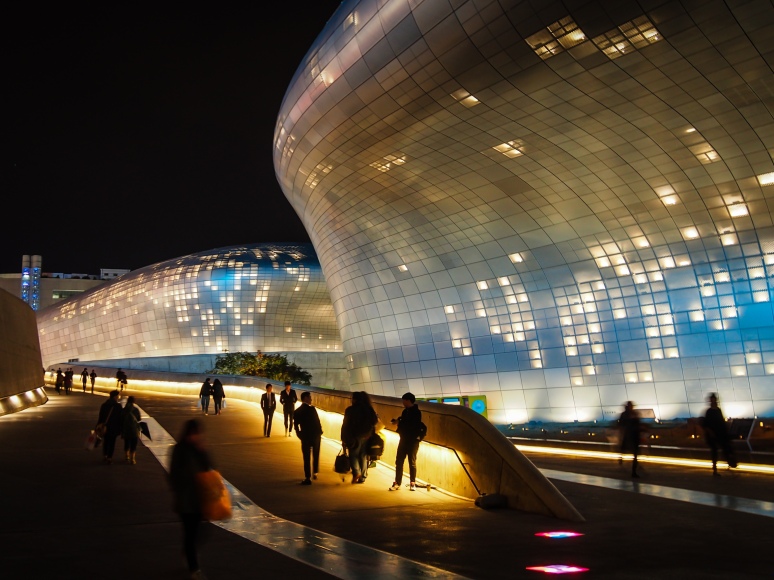 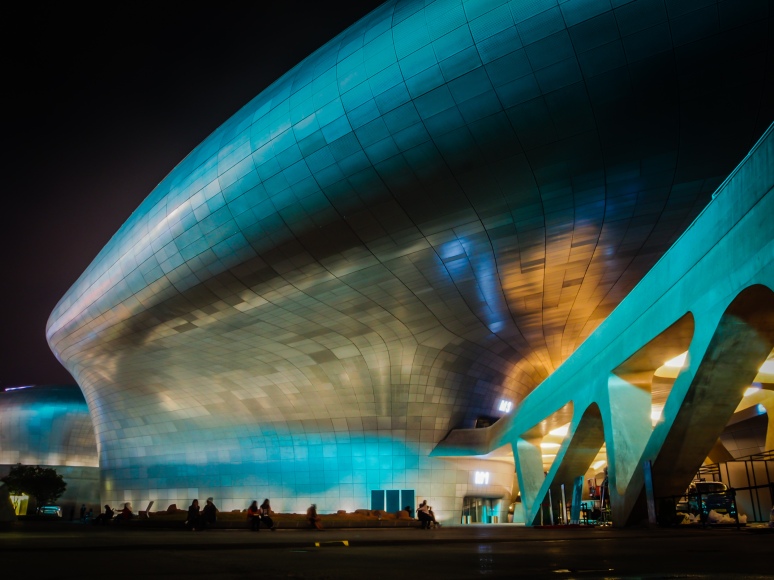 The building features a shapely facade made up of aluminium panels of varying sizes and curvatures. Not everyone will appreciate this modern masterpiece, but I am certainly a huge fan.

From this angle, it looks as if a massive alien mothership has just landed. 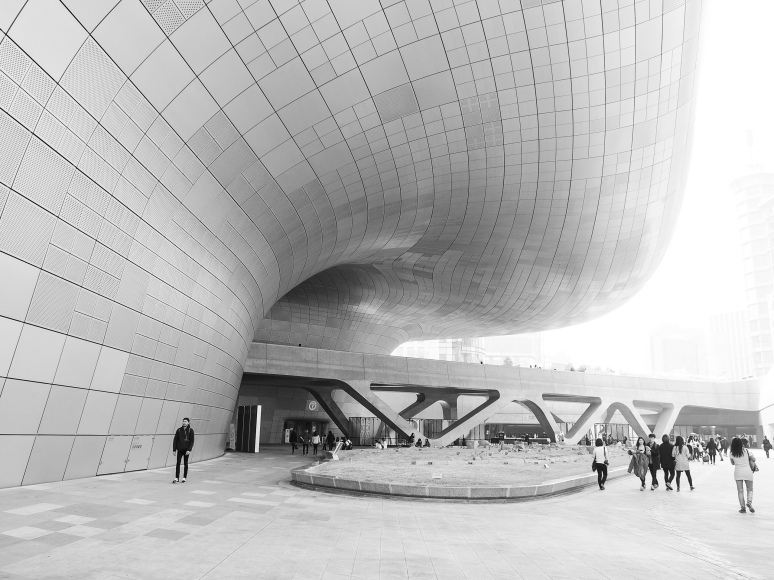 It beckoned me to come back again in the morning for more shots!

My response to Weekly Photo Challenge: From Every Angle 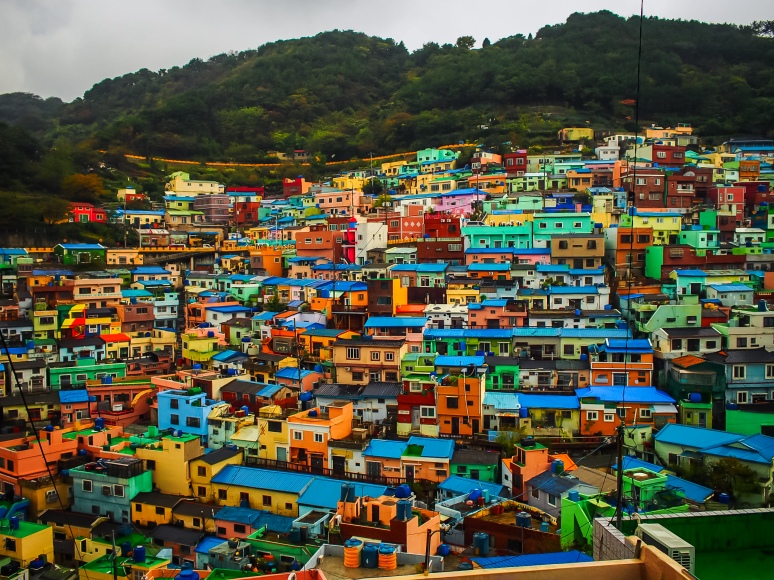 The night is “Seoul” beautiful! Overlooking Seoul (South Korea) from Namsan Mountain. I deliberately exclude the tip of the tower and leave its height to your imagination. This is my entry for Cee’s Fun Foto Challenge: Cities and City Structures